“Culture is an immense richness because it diverts poverty, failure, mistakes, sadness, and fear.” Accompanying a mural at the National Museum of Mexican Art, this quote reawakened my ongoing existential questions. If culture can create synergies, round perspectives, and enhance empathy, why do we use it to tear ourselves apart? If culture can be a tool, why do we weaponize it instead? 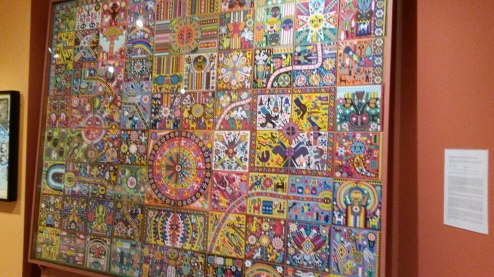 Yup, full soapbox moment. But the self-righteousness was at least accompanied by some self-awareness that like, obviously I’m not perfect either.

Fast forward three days, my suspicions are confirmed. After a workday spent sifting through Trump headlines on Twitter, I pass Chick-fil-A en route to the Chicago L stop. The customers noshing on their chicken sandwiches elicit an eyeroll because, direct quote, “Look at these damn people choosing their chicken and their clogged arteries and churches over basic human rights.”

Nope, I’m not perfect either.

But with social media conditioning our snap judgments, I’ll cut us some slack. Take it from someone who writes tweets for a living: 140 characters don’t lend themselves to context. Especially because media sources have become so specialized, our timelines merely reinforces our stereotypes. Compounding the damage are political candidates, who exploit our prejudices for personal gain. And while we want to consider ourselves independent thinkers, implicit association tests show that the shit seeps into our subconsciousness. Sprinkle in some self-segregation and BAM, Recipe for intolerance. Correcting for those influences requires a conscious effort toward not just tolerance, but love.

My liberal university seems a sanctuary of social justice, but if anything, it’s taught me what not to do. Plugged into all the trendy social issues (fair trade and transgender, oh my!), we pride ourselves on our progressivism and open mindedness. But in the process, it’s become socially accepted for us “enlightened” liberals to look down on “everyone else.” Furthermore, all the self-congratulation cultivates a dangerous complacency and closed mindedness. Case in point: After paying $16/pound at Whole Foods for their ethically sourced salmon, they’ll turn the corner and turn up their noses at the homeless man asking for a dollar. Worse are the quarterly controversies over banners and building names, when student activists reject opposing opinions and alienate others in the name of inclusion.

Not only is it a bad look, but it short circuits the progress they seek.

Struggling to advance social equality with more nuance and thoughtfulness, I kept silent for most of my college experience. But in the past year, I’ve taken steps toward social advocacy. First, I’ve scrutinized my own snap judgments, starting first with their accuracy.

When considering a controversial topic, my first question is always, “Do my feelings map onto reality?”

Note the word “feelings” instead of “thoughts.” So many of our instincts are driven by intuition, which aren’t always supported by the facts. Take, for example, paid parental leave. Cost concerns deter many companies from supporting paid parental leave, but businesses like Patagonia actually tripled their profits after instituting family friendly policies. Accepting the counterintuitive opens our minds to the truth. But it requires admitting that we’re wrong, which never feels great.

And that leads to my second question: “Why do I feel this way?” Maybe the negative comparisons masquerade your own insecurities. Or maybe an issue, whether it’s expanding welfare or paid parental leave, opposes your basic beliefs about the world.

Enter my third question: “How have my life experiences influenced my feelings on this issue?”

As children, our earliest experiences inform our automatic assumptions about the world. Watching my dad pull 80 hour workweeks to pay the bills, watching my brother caddie his way to two Northwestern degrees, I learned that hard work pays off. Without knowing any other reality, I assumed that everyone else could succeed if they just studied enough or whatever.

But once we judge others by our self-imposed standards, stereotypes abound. Because obviously, not everyone’s playing by our rule book. Instead, they’re living by their own.

This leads to my final, most important question: “What life experiences do ‘the other side’ bring to this discussion?”

Compare my story to that of Lafeyette Rivers, whose childhood in the Chicago projects was profiled in Never A City So Real. Skipping school despite his book smarts, he seems another 14-year-old black male sacrificing his potential to the streets. From a middle-class meritocratic perspective, you wonder,” To get out of your terrible neighborhood, why not just study more and get a job?” But imagine shielding your four-year-old siblings from bullets flying through the window. Imagine burying your friends on an annual basis. Imagine skipping school to care for your three younger siblings because your mom is still trying to find a job. Reading his “story”, you understand that stray bullets and starvation can’t be solved through studying or a second job. This, in turn, encourages our empathy toward everything else.

Or conversely, consider people like Connor Cook’s father, currently making headlines for his sexist/racist/everything-ist tweets. Without excusing his actions, consider that his views where not only accepted, but advanced by society for decades. But suddenly, swiftly, society has changed the rules on him. Like the oldest kid supplanted by the new baby, he no longer feels special. Of course you’d go into defense mode.

When we take other perspectives, we can humanize people instead of demonizing them for their differences. But so often, we don’t know the full story or we’re too tired to care. So we cut to conclusions, casting aspersions based on incomplete 140 character headlines or straight misinformation. Doing so derails dialogue and disrupts progress.

This exercise in empathy may read like an elementary school lesson, but “Treat others the way you want to treated” clearly didn’t stick in preschool. If we can muster our empathy, it’s on selective basis.

But empathy should be an equal opportunity endeavor. Troubling as Trump’s racist rhetoric is, dismissing his supporters as dumb racists invalidates real emotions experienced by real people. And even if they happen to fall into a privileged class, their stories matter too. Once we consider someone else’s story- why they think, feel, and behave they way they do- we can strip away the labels and remember that we’re all just humans just working with what we have.

When that happens, maybe we’ll finally experience all the richness culture has to offer. 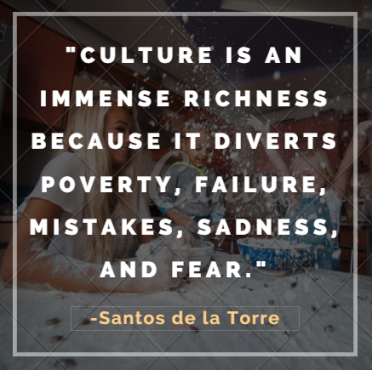 View all posts by Kathleen McAuliffe